To unlock hidden potential within every business by helping them achieve success that goes beyond generating revenue but creates momentum in building a healthy company culture. 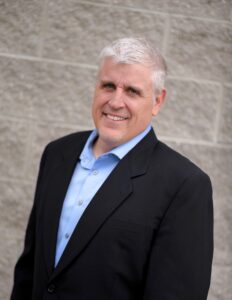 Over the past 23 years, Dennis has held strategic and executive level sales positions in the technology industry and has acquired skills to help companies accelerate revenue growth.

Dennis has a well-rounded technology background, mostly with start-ups, with extensive experience in developing business plans and sales strategies for software, hardware, wireless and telecom companies.

Through his experiences he has implemented and executed these sales strategies to generate predictable revenue growth by developing multiple channels of sales distribution, targeting new verticals and opening international markets.

Most recently, Dennis served as the Business Development Manager at Blackfoot, a Missoula based Voice, Data, Cloud and Managed Services company, where he was responsible for creating and launching their Channel Partner Program. This resulted in partnering with IT Service Providers, which lead to acquiring some of Montana’s largest Financial Institutions, Accounting Practices, Law Firms and Retailers driving $22M in incremental contract value.

Prior to Blackfoot, Dennis served as the VP of Business Development at Cradlepoint, an industry leader in cloud-delivered 4G/LTE network solutions for businesses and service providers. His responsibilities included acquiring strategic OEM Alliance Partners and launching new International markets.  When Dennis joined Cradlepoint in 2007, he helped raise the first round of funding, quickly assembled a Sales Team and grew company revenues from zero to $17.5M annually in just eighteen months.

Dennis began his technology career with Extended Systems, Inc., as a Regional Account Manager where he launched a new product line. The launch increased overall company revenues by more than 25% in the first year (7.8M), which later resulted in an IPO.  Through his efforts, Dennis’ sales team was the highest revenue generating team in North America.

Next, Dennis moved to a new challenge by accepting a management position at RightNow Technologies.  There he consulted with fortune 500 companies to reevaluate their support processes and helped his customers drive cost out of their business model. During his tenure, RightNow Technologies realized 1,000% growth year over year and was later acquired by Oracle after going public.

Shortly after 911, Dennis moved his family back to Montana where he was born and raised. Helping companies grow is a passion, but more importantly, Dennis values high integrity leadership and building company culture.

Dennis holds a Master’s Degree of Theology from Christian Life School of Theology. 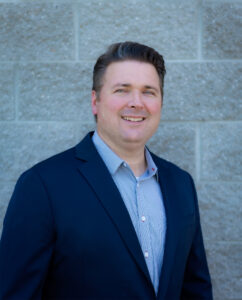 A native to the Finger Lakes region of Upstate New York, John was born and raised in the greater Rochester area. John graduated from the State University of New York – College at Brockport, where he received a bachelor degree in 1998. Upon graduating, he was immediately recruited by a local manufacturing firm in Rochester, NY which was a tier one supplier to such companies as General Motors, Xerox and Kodak. While managing his team, John worked closely with senior executives, as well as engineering, sales, and production control, giving him great insight into how successful organizations function.

This was the beginning of his career in operations management which provided John the opportunity to serve in various leadership roles, from midlevel to executive level management. His tenure would also span across several industries including manufacturing, broadcasting and nonprofit human service sectors, and include such nationally recognized organizations as Pactiv Corporation and Volunteers of America.

In 2014, John accepted a position as Chief Financial Officer with one of Northwest Montana’s largest radio broadcasting companies; a role that would add to his already diverse skillset. It would also be the catalyst for John launching a consulting business. Drawing on his broad experience, John takes a holistic approach to consulting by providing services related to finance, operations, organization, risk, and legacy (or stewardship, systems, structure, security, and succession).